It has been found that Overwatch recorded a share of 32.04% in the South Korean online game market on July 9. League of Legends followed it with 25.29%. Meanwhile, the combined market share of South Korean games on the top 10 list was 19.90%.

“Such a slump of South Korean online games can be attributed to poor development by South Korean game companies as well as regulations,” said an industry expert, adding, “They are focusing on certain genres such as MMORPG while charging for certain parts to reduce their own competitiveness.”

“In the past, Chinese corporations used to stop at equity investment, but now they are buying firms themselves so that developers and the like can be absorbed at the same time,” he went on to say, “This means South Korean game firms are becoming more and more dependent and less and less capable of independent growth.” 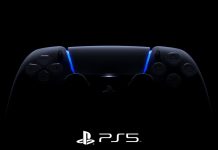 EVERYTHING YOU NEED TO KNOW ABOUT THE LAUNCH OF VALORANT